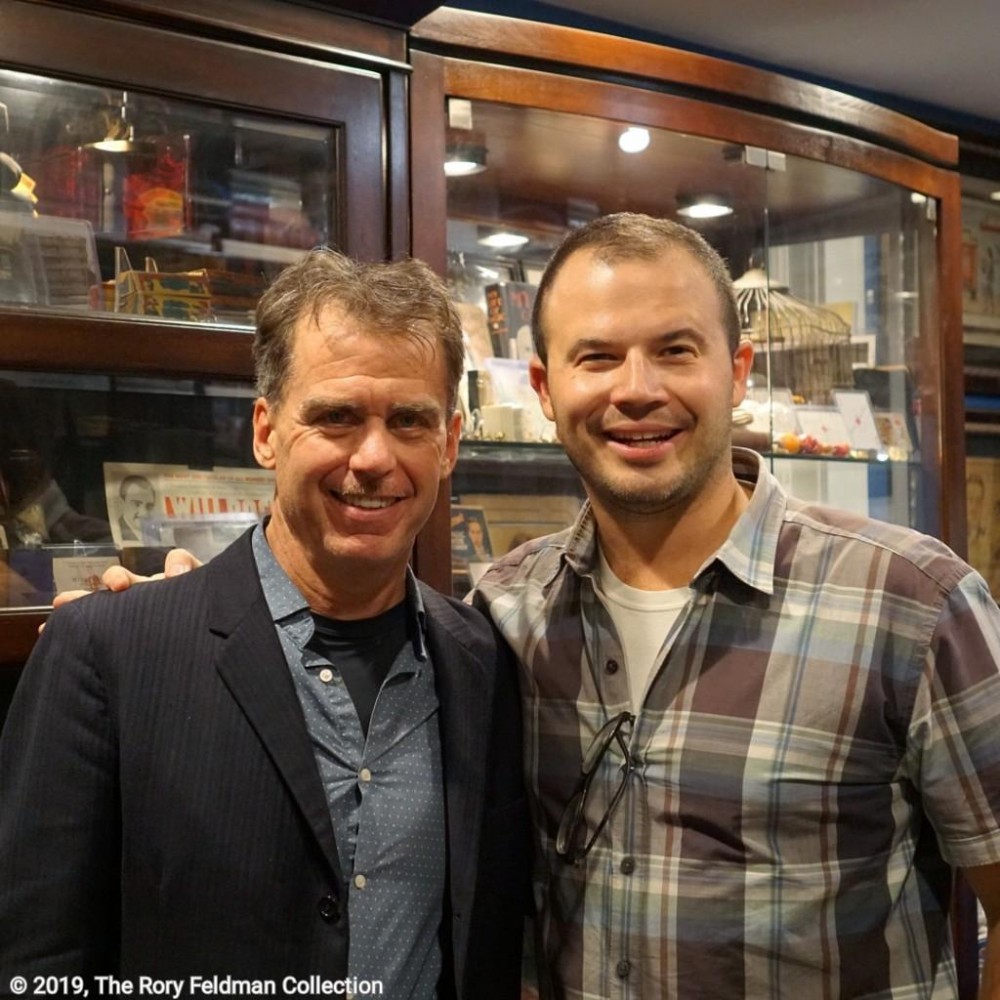 Was escape artist Harry Houdini the greatest magician of the early 20th century? Or, was it his contemporary Howard Thurston who traveled the country with a full evening illusion show featuring mysterious rising cards and a breathtaking levitation that caused Orson Welles to hail him as “the finest magician I’ve ever seen”?

On Monday I had the great fortune of visiting Rory Feldman’s Wonder Show Museum, a treasure trove of Thurstonia. Over a 100,000 artifacts relating to Howard Thurston: gorgeous hand printed lithographic posters; props; costumes, large scale illusions and personal correspondence with all the great magicians of the era.

Rory brings the sleeping memorabilia to life with his passion and rapid fire delivery cutting himself off in order to reveal yet another eye-popping one-of-a-kind artifact that has miraculously survived a century and wound up in Rory’s marvelous collection. Like what for example?

In reading Thurston’s biography, I was completely enchanted by the description of  “a large, reflective sphere, about eight inches in diameter” the centerpiece for a moment of pure magic in Thurston’s show. “Thurston stepped off the stage with the ball floating between the palms of his hands, walking partway up the aisle of the theater, as the audience watched in disbelief. He turned, facing the stage, and raised his hands. The ball left him, traveled over the heads of the audience and the orchestra pit, slowly gaining altitude and speed until it swept passed the gaping spectators…”

I figured that the ball and its secret workings were lost forever. Not so, Rory plopped the ball into my hands and Jim Steinmeyer reveals the delicate workings of the illusion in his Thurston biography. Steimeyer consulted with Rory in researching his book and in holding the sphere I could begin to imagine just how Thurston orchestrated this magnificent illusion. Wow!

Also, newly discovered correspondence between Thurston and  Percy Thomas Tibbles (a.k.a. P.T. Selbit). Tibbles invented the famous “sawing a woman in half” illusion and other illusions that captured the zeitgeist of the roaring 1920’s. In the dozen plus letters between the two are hand drawn sketches by Tibbles illustrating his “Avoiding the Crush” illusion in which an assistant impossibly avoids being crushed to death. Tibbles describes the illusion and all its particulars in vivid detail. Fantastic!

Plus, a very humble and highly solicitous letter dated 6/25/26 from magic great Ted Annemann asking Thurston if he had any type of position or employment available in his show. In the letter Annemann volunteers the information that he neither drinks nor does dope, true? What makes this artifact truly stunning for me is the enclosed photo and the postscript. A black and white image of a waifish Annemann sitting on the running board of a swanky 1930’s automobile with an appropriately crafty look in his eyes.

In the P.S. Annemann asks Thurston to please return the photo. Presumably, it was one of just a few or possibly the one and only. Alas, Thurston never returned it. It remains tucked into the folds of the letter and available to all who have the great fortune to visit Rory Feldman’s mind-blowing Wonder Show Museum.